I used to read the labels of cereal boxes every morning at breakfast, searching for the logic behind the numbers. What the heck was “polyunsaturated fat”? (Sound kind of like “pineapple”…) Why did some foods have little “fat” but a lot of “calories from fat”? And why was it all based on a 2000 calorie diet, when it seemed like I ate much more than that?

The answers never revealed themselves completely to me, though I figured some things out through continued examination. For example, in elementary school, I learned that those things called “carbohydrates” were the most important part of one’s diet, the base of the Food Guide Pyramid (see below). Meanwhile, fats and oils were unequivocally bad — “use sparingly”. Acting on this advice I used the nutrition labels to find the perfect health food: Stoned Wheat Thins. These crackers were almost entirely carbs, and judging by the way they tasted, had to be healthy. I ate them, as one might say, ad libitum.

Since I pursued my health in other ways such as running on the cross-country team— a natural extension of all the running around in my backyard I did as a child — I’m sure all those carbs were a good fuel for my growing body. But still, I wish someone had told school me not to worry about getting “enough” carbs for the day, as the “food pyramid” recommended; that vegetables and protein — and maybe even some fat — were the center of a healthy diet. I wish someone had told teenage me that it was normal for teenagers to eat a lot — more than adults — to support their growth, and prepared me for not getting used to being able to eat as much as my body wanted. And I wish someone had told me that studies on multivitamins have failed to show consistent health benefits, before I started spending money on them.

If I become a doctor, one thing I would like to do is make nutrition, fitness and longevity simpler for people. Because the “food plate” is not much better than the “nutritional pyramid”. People still think olive oil and frying oil are nutritionally equivalent (if you eat fat you’ll get fat, right?). And the multivitamin industry is larger than ever. Doctors have learned a lot about nutrition in the past century — but they haven’t succeeded very well in communicating it to people. 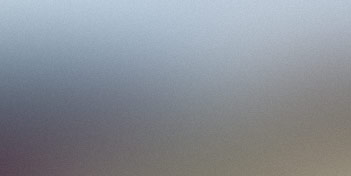